Loading...
The organization and coordination of the activities of a business in order to achieve defined objectives.

Without much doubt, Peter F. Drucker and Thomas J. Peters have shaped the idea of modern management more than any others over the last six decades. Drucker is said to have "invented" management as a discipline worthy of study—in particular, he gave management of large firms the essential tools to deal with their post-World War II enormity, complexity, and growing global reach. Tom Peters, in turn, led the way in preparing management for the current era of staggering change, starting in the mid-1970s. 1

Management is often included as a factor of production along with machines, materials, and money. According to the management guru Peter F. Drucker (1909-2005), the basic task of management includes both marketing and innovation. Practice of modern management originates from the 16th century study of low-efficiency and failures of certain enterprises, conducted by the English statesman Sir Thomas More (1478-1535). Management consists of the interlocking functions of creating corporate policy and organizing, planning, controlling, and directing an organization's resources in order to achieve the objectives of that policy.2

Eisenhower's Urgent/Important Principle - Using Time Effectively, Not Just Efficiently - In a 1954 speech to the Second Assembly of the World Council of Churches, former U.S. President Dwight D. Eisenhower, who was quoting Dr J. Roscoe Miller, president of Northwestern University, said: "I have two kinds of problems: the urgent and the important. The urgent are not important, and the important are never urgent." This "Eisenhower Principle" is said to be how he organized his workload and priorities. 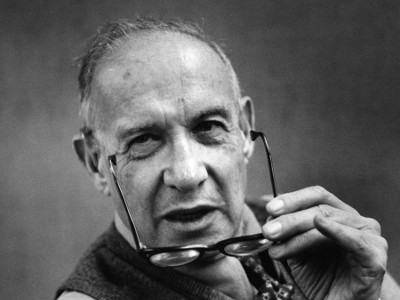 (November 19, 1909 - November 11, 2005) was a writer, management consultant, and self-described "social ecologist." His books and scholarly and popular articles explored how humans are organized across the business, government and the nonprofit sectors of society. His writings have predicted many of the major developments of the late twentieth century, including privatization and decentralization; the rise of Japan to economic world power; the decisive importance of marketing; and the emergence of the information society with its necessity of lifelong learning. In 1959, Drucker coined the term "knowledge worker" and later in his life considered knowledge work productivity to be the next frontier of management.1

The Effective Executive: The Definitive Guide to Getting the Right Things Done - The measure of the executive, Peter F. Drucker reminds us, is the ability to "get the right things done." This usually involves doing what other people have overlooked as well as avoiding what is unproductive. Intelligence, imagination, and knowledge may all be wasted in an executive job without the acquired habits of mind that mold them into results.

Drucker identifies five practices essential to business effectiveness that can, and must, be learned:

The Essential Drucker - Father of modern management, social commentator, and preeminent business philosopher, Peter F. Drucker analyzed economics and society for more than sixty years. Now for readers everywhere who are concerned with the ways that management practices and principles affect the performance of organizations, individuals, and society, there is The Essential Drucker—an invaluable compilation of essential materials from the works of a management legend.

Management Rev Ed - And in 1974, with MANAGEMENT, he published the book that would come to define the field. In this seminal work, Drucker explored how managers- -in the for-profit and public service sectors alike- -can perform effectively. Examining management cases with a global eye, Drucker laid out the essentials of performance, and of how a manager interacts with their organization and the social and cultural environment in which they operate. For three decades, managers and students of business worldwide have relied on Peter Drucker to prepare themselves to meet the challenges of an ever-changing business environment. The result is a book that- -while still a fundamental work- -has also slipped substantially behind the current business climate.

The essential book on management from the man who invented the discipline. 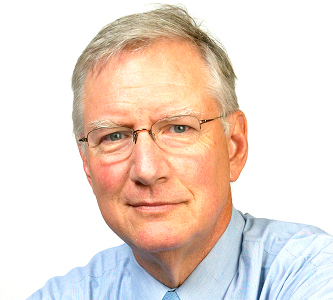 (born November 7, 1942) is an American writer on business management practices, best known for In Search of Excellence (co-authored with Robert H. Waterman Jr).1

Thomas J. Peters, "uber-guru of business" (Fortune and The Economist), is the author of many international bestsellers, including A Passion for Excellence and Thriving on Chaos. Peters, "the father of the post-modern corporation" (Los Angeles Times), is the chairman of Tom Peters Company and lives in Vermont.2

Peters states that directly after graduating with a PhD from Stanford in 1977, and returning to McKinsey, the new managing director, Ron Daniel, handed him a "fascinating assignment." Motivated by the new ideas coming from Bruce Henderson's Boston Consulting Group, Daniel noted that businesses often failed to effectively implement new strategies, so Peters "was asked to look at 'organization effectiveness' and 'implementation issues' in an inconsequential offshoot project nested in McKinsey's rather offbeat San Francisco office.3

In Search of Excellence - The "Greatest Business Book of All Time" (Bloomsbury UK), In Search of Excellence has long been a must-have for the boardroom, business school, and bedside table. Based on a study of forty-three of America's best-run companies from a diverse array of business sectors, In Search of Excellence describes eight basic principles of management — action-stimulating, people-oriented, profit-maximizing practices — that made these organizations successful. Joining the HarperBusiness Essentials series, this phenomenal bestseller features a new Authors' Note, and reintroduces these vital principles in an accessible and practical way for today's management reader.

Thriving on Chaos: Handbook for a Management Revolution - Published the same day as the October 19, 1987, stockmarket crash, Thriving on Chaos is focused on the turmoil requiring nothing short of a management revolution. In Thriving on Chaos, Tom declares that everything known "for sure" about management 15 years earlier is being challenged, and he forecasts (correctly) that the next 15 years would show even more change. The relatively predictable environment of the past was vanishing, requiring organizations and managers to embrace flexibility and a total love of change. Chaos and rapid change were becoming inevitable, and Tom claims that the winners of the future would deal proactively with chaos, seeing it as a source of market advantage, not a problem to be ignored.

The Little Big Things: 163 Ways to Pursue EXCELLENCE - Business uber-guru Tom Peters is back with his first book in a decade, The Little Big Things. In this age of economic recession and financial uncertainty, the patented Peters approach to business and management—no-nonsense, witty, down-to-earth, insightful—is more pertinent now than ever. As essential for small-business owners as it is for the heads of major corporations, The Little Big Things is a rousing call-to-arms to American business to get “back to the basics” of running a successful enterprise. 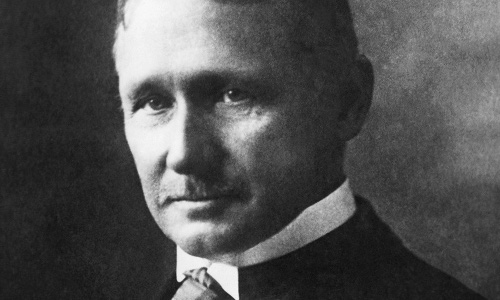 American inventor and engineer who is known as the father of scientific management. His system of industrial management has influenced the development of virtually every country enjoying the benefits of modern industry.

Taylor was the son of a lawyer. He entered Phillips Exeter Academy in New Hampshire in 1872, where he led his class scholastically. After passing the entrance examination for Harvard, he was forced to abandon plans for matriculation, as his eyesight had deteriorated from night study. With sight restored in 1875, he was apprenticed to learn the trades of patternmaker and machinist at the Enterprise Hydraulic Works in Philadelphia. Three years later he went to the Midvale Steel Company, where, starting as a machine shop labourer, he became successively shop clerk, machinist, gang boss, foreman, maintenance foreman, head of the drawing office, and chief engineer.2

The Principles of Scientific Management - It seems, at first glance, like an obvious step to take to improve industrial productivity: one should simply watch workers at work in order to learn how they actually do their jobs. But American engineer FREDERICK WINSLOW TAYLOR (1856-1915) broke new ground with this 1919 essay, in which he applied the rigors of scientific observation to such labor as shoveling and bricklayer in order to streamline their work... and bring a sense of logic and practicality to the management of that work. This highly influential book, must-reading for anyone seeking to understand modern management practices, puts lie to such misconceptions that making industrial processes more efficient increases unemployment and that shorter workdays decrease productivity. And it laid the foundations for the discipline of management to be studied, taught, and applied with methodical precision.

(1900-1993) is widely acknowledged as the leading management thinker in the field of quality. He was a statistician and business consultant whose methods helped hasten Japan’s recovery after the Second World War and beyond. He derived the first philosophy and method that allowed individuals and organisations to plan and continually improve themselves, their relationships, processes, products and services. His philosophy is one of cooperation and continual improvement; it avoids blame and redefines mistakes as opportunities for improvement. 1

Middle- and top-echelon managers in particular will find Dr. Deming's method provocative and controversial. He is for a total revamping of the way American managers manage. Some of his pet peeves are: managers who manage by slogans or by setting quotas, managers who don't know what their jobs are and who can't define the responsibilities of the workers under them, managers who tend to blame workers, not realizing that workers want to take pride in their work. Change, Dr. Deming beliees, starts at the top with an informed, quality-conscious management. This book includes excellent advice on how to achieve that level of management expertise in the author's analysis of Dr. Deming's famous 14 Points for Managers and his Deadly diseases of management.

Dr. Deming's management techniques are all carefully explained in this detailed, step-by-step treatment of their major points and of their practical applications to everyday business life.

A large portion of The Deming Management Method is devoted to practical applications of the method by some of American's most innovative firms, including Honeywell, AT&T and Campbell's Soup.